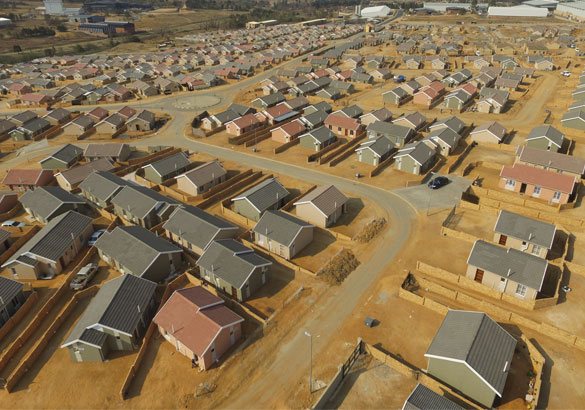 Cosmopolitan Projects was the first housing developer to venture into land development to deliver its own serviced stands, a decision that stood the company in good stead in the years to follow. When the National Home Builders Council(NHBRC) was formed in 1996, Cosmopolitan Projects was the first developer to enrol 1 000 units with the organisation.

Following a trend of phenomenal growth in the late 90’s, the group finance, project management, land development and construction divisions were born. Cosmopolitan Property Developments, the front-runner for Central Developments, was established to focus on the delivery of serviced stands and high-end developments.

The new millennium saw unparalleled growth in the property industry, both globally and locally. During this time the foundation was laid for the establishment of Central Developments. Taking advantage of favourable market conditions, Central Developments launched several ground breaking projects including Neetlingshof, Bougainvilla and a cluster of duet homes in the Centurion Golf Estate as well as spec housing in Kyalami and Dainfern, north of Johannesburg. This led to the establishment of the company’s cutting edge project management and marketing systems. On the back of early successes, Central Developments Johannesburg was established focusing on high cost developments such as Stone Arch, Sparrowgate and Meyersig. Thereafter, expansion continued with offices in Montana and Midrand.