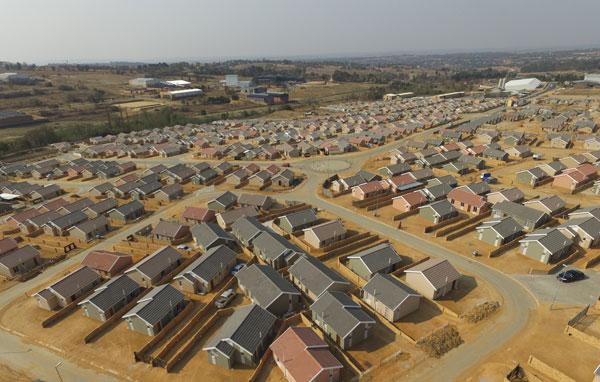 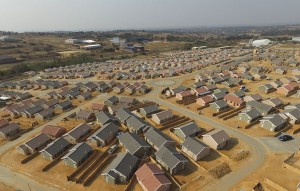 When marketing commenced at the end of 2013 entry level prices started at R450 000. It increased to R470 000 during the second part of 2014 and is due for another increase this year to keep up with building costs, property value growth, etc.

The first 250 families moved into their new homes in December 2014 and since then another 250 families have also taken up occupancy during the course of this year. Of the original 830 available houses only about 120 houses are left and the planning is for the whole development to be sold out before the end of 2015.

It is fantastic to see how owners are already putting their own stamp on this development by planting grass, making gardens, doing paving and building garden walls. Children are riding their bicycles and playing in the streets.  The residents have also started taking responsibility for their suburb and have formed a very strong local community network.

Because the old gate house – a remnant of the previous developer’s bankrupt sectional title development from years ago – is now situated on council land, the council have instructed that it has to be removed when the suburb is completed. Residents have already engaged with council to see if the structure could stay, or if it should eventually go.

Since Cosmo Creek serves as a bridging project to Cosmopolitan Projects’ next mega development in the area, Lion Park, the relevant departments are working very hard to minimise the time between Cosmo Creek’s completion and the start of construction of about 4 255 full title houses at Lion Park.

Lion Park will consist of residential houses for sales and to let, as well as various commercial retail and community facilities. Currently Cosmopolitan Projects plans to start with the installation of services at Lion Park sometime in 2016.